Christopher L. Barrett is an endowed Distinguished Professor in Biocomplexity, the Executive Director of the Biocomplexity Institute, and Professor of the Department of Computer Science at the University of Virginia. He is an interdisciplinary computational scientist who has published more than 100 research articles exploring all aspects of large multiscale interaction systems. Over the past 35 years, Barrett has conceived, founded and led large interdisciplinary complex systems research projects and organizations, established national and international technology programs, and co-founded organizations for federal agencies such as the Department of Defense, the Department of Energy and the Department of Homeland Security. He has served in various advisory and collaborative scientific roles internationally.

Barrett is the recipient of the 2012–2013 Jubilee Professorship in Computer Science and Engineering at Chalmers University in Sweden and is a member of the 2010 Royal Colloquium for the King of Sweden. He was a distinguished international professor at the Royal Institute of Technology in Stockholm (1997–1998). He has received Distinguished Research, Service, Advisory and Security Awards from the U.S. Navy, Los Alamos National Laboratory, and the Alliance for Transportation Research. He has served as advisor to U.S. government agencies, the Commonwealth of Virginia, the European Commission and others. He holds seven patents and has nine pending.

In the News
Machine Learning

In this paper, researchers focus on a machine-learned anonymized mobility map aggregated over hundreds of millions of smartphones and evaluate its utility in forecasting epidemics, specifically the flu.

On January 29, during a virtual ceremony over Zoom, the University of Virginia honored and recognized faculty members for their outstanding contributions to their fields and the impact of their research and scholarly activities at the annual Research Achievement Awards.

Virtual agents of change: How computers are mapping Covid-19’s future

Traffic planners, securities traders and military strategists all use it. Simulating the behavior of millions of idiosyncratic individuals also may be the best way to understand complex phenomena like pandemics. 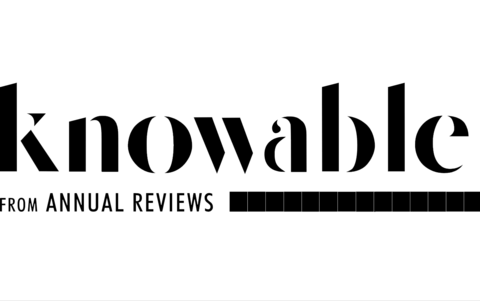 US campuses try chiding and suspending students to stay open

Universities may have meticulous plans for social distancing and sanitization, but those are only in effect while students are in class or on campus. What happens when students leave campus for the day or go back to their dorms, has just as much of an impact on how colleges will fair with COVID-19.

New data gathered and models created by the University of Virginia Biocomplexity Institute predict the Commonwealth is creeping closer and closer to a surge.

With ten million dollars from the National Science Foundation, computer scientists at the University of Virginia, Virginia Tech and 13 other schools have begun to tackle a massive problem with the power of big data and computers.

COVID-19 deaths and infections could skyrocket in Virginia in the coming months if left unchecked, according to updated modeling from the University of Virginia.

Madhav Marathe, Bryan Lewis and Chris Barrett, researchers and leaders at the UVA Biocomplexity Institute, developed a model for the Commonwealth of Virginia to project COVID-19 infection trends.

Researchers at UVA’s Biocomplexity Institute have won a new $10 million, five-year NSF grant to plan for, and respond to, epidemics and pandemics.