Researchers studied the complexity arising from large-scale networks. One particular example is long non-coding RNAs (lncRNAs, typically 1-20 kB) viewed as contact graphs. Recently, lncRNAs have been found to be pervasively transcribed in the human and other mammalian genomes, and are increasingly associated with networks of epigenetic and post-transcriptional control in healthy and diseased biological systems. Understanding the secondary structure of lncRNAs is the key to unveiling its diverse functional roles in gene regulation. In particular, long-range intramolecular interactions in these large molecules are poorly understood and present a significant challenge to predicting secondary structures for lncRNAs. 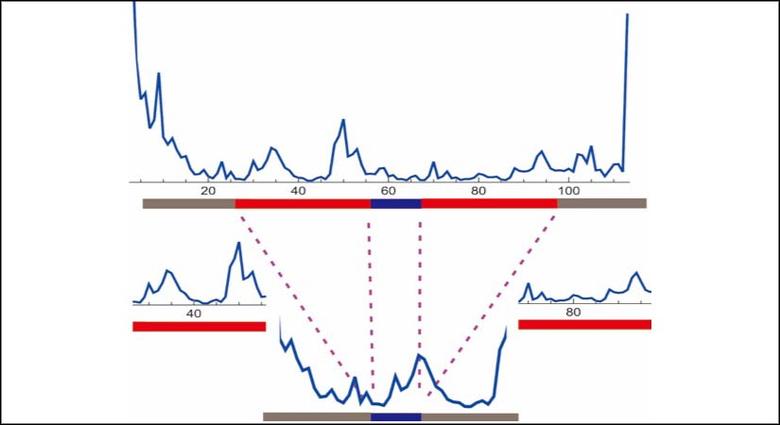 We investigate the Boltzmann ensemble of secondary structures generated by statistical sampling, and identify the structural features by extracting the information of such an ensemble. We utilize an integrated experiment and computation approach to understand the secondary structure of lncRNAs. Our research facilitates the discovery of the regulation role of lncRNAs and further implications for molecular markers of diseases such as cancer.

On an enhancement of RNA probing data using information theory